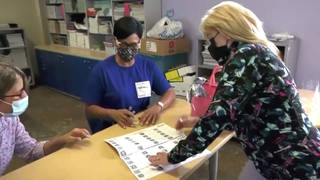 We look at election results in Puerto Rico, where progressives have made historic inroads against the two traditional parties, the Popular Democratic Party and the New Progressive Party. “There is no question that the old monopoly of the two political parties that have dominated Puerto Rican politics for decades is coming to an end, and that’s a very good thing,” says historian Rafael Bernabe, who was just elected to the Puerto Rico Senate as part of the Citizens’ Victory Movement.

“More of an Exorcism Than an Election”: Priya Gopal on What Biden Win Means for Britain & Ireland

Derek Chauvin Defense Blames “George Floyd Himself for His Own Death,” Not the Police “Blood Choke”