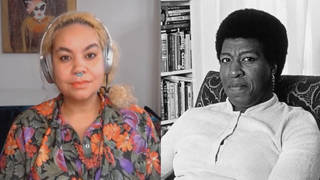 The visionary Black science-fiction writer Octavia Butler died 15 years ago on February 24, 2006, but her influence and readership has only continued to grow since then. In September, Butler’s novel “Parable of the Sower” became her first to reach the New York Times best-seller list. We speak with adrienne maree brown, a writer and Octavia Butler scholar, who says Butler had a remarkable talent for universalizing Black stories. “She wrote about Black women and about Black feminism, about Black futures, but she wrote in a way that appealed to all human beings,” says brown.