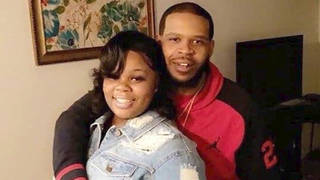 Two members of a Kentucky grand jury convened after the Louisville police killing of Breonna Taylor have spoken on camera for the first time, calling the actions of the Louisville officers responsible for Taylor’s death “criminal” and saying the state’s Republican Attorney General Daniel Cameron never gave them the option to consider murder or manslaughter charges against the police officers involved. “From the very beginning, we have seen a campaign of prevarication, of dishonesty, of outright neglect of any semblance of justice for Breonna Taylor or for her family,” responds Marc Lamont Hill, professor of media studies and urban education at Temple University, who notes that in lieu of justice, her family at least deserves accountability.