Breonna Taylor’s family has demanded that Kentucky authorities release all body camera footage, police files and the transcripts of the grand jury hearings that led to no charges against police officers over her killing.

The family also criticised the state’s attorney general for his failure to bring charges against the officers.

A diverse group, including Taylor’s mother, marched through Louisville on the evening of Friday 25 September. The demonstrations were peaceful, but at one point police in riot gear fired flash bang devices reportedly to turn back a crowd on a street. Authorities said two people were arrested.

About a dozen people who were out past the city’s curfew were arrested later. 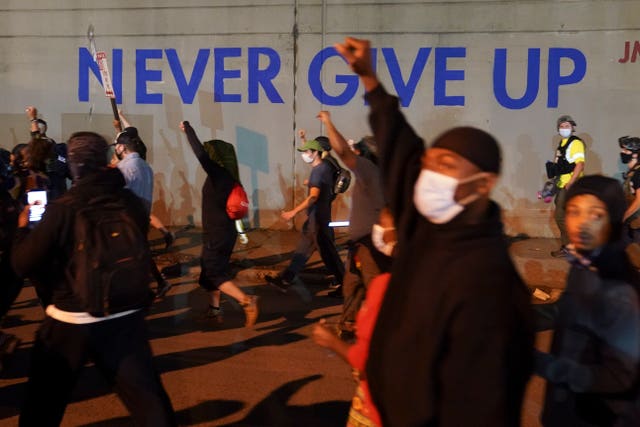 State attorney general Daniel Cameron’s spokesperson Elizabeth Kuhn said the prosecutor understood that Taylor’s family “is in an incredible amount of pain and anguish” and that the grand jury decision was not the one they wanted. But, the statement added, “prosecutors and grand jury members are bound by the facts and by the law”.

Taylor, a Black woman who was an emergency medical worker, was shot multiple times by white officers in her home. Authorities claim the officers opened fire after Taylor’s boyfriend fired at them.