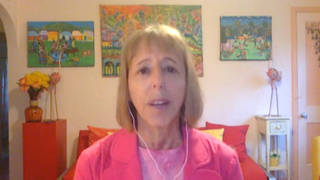 President-elect Joe Biden has introduced key members of his national security team this week, including his picks for secretary of state, national intelligence director, national security adviser, homeland security chief and ambassador to the United Nations. Biden has yet to announce his defense secretary, but progressives are already raising alarm over reports that he intends to nominate Michèle Flournoy, a hawkish Pentagon veteran with close ties to the defense industry. If nominated, Flournoy would become the first woman to lead the Department of Defense. “She represents the epitome of what is worst about the Washington blob, the military-industrial complex’s revolving door,” says CodePink co-founder Medea Benjamin. “Her whole history has been one of going in and out of the Pentagon … where she supported every war that the U.S. engaged in, and supported increases in the military budget.”