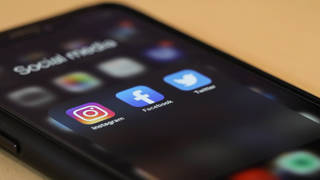 Lawmakers grilled the chief executives of Facebook, Google and Twitter just days before Election Day on how they moderate hate speech, extremist content and election disinformation, including tweets from President Trump. Republicans have long accused Big Tech platforms of censoring conservative views, but tech policy expert Ramesh Srinivasan says the argument is shaped around talking points that are aimed at invalidating election results. “What we see coming from the Republicans is this argument that lacks any evidence, frankly, that there are systematic biases in terms of censorship, as well as algorithmic biases that skew against conservative talking points,” says Srinivasan, a professor at UCLA, where he also directs the Digital Cultures Lab. “In fact, in reality, the opposite is exactly what is true.”