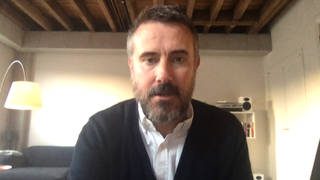 In Part 2 of our discussion of the Trump era with The Intercept’s Jeremy Scahill about his new seven-part audio documentary “American Mythology,” he examines how Trump’s xenophobic immigration policies have been a “methodical, surgical operation” to make life miserable for both current and prospective immigrants, including asylum seekers fleeing violence. He also notes that while Trump’s policies have been particularly vicious, “this country has had a racist immigration policy for a very long time, and it’s bipartisan.”