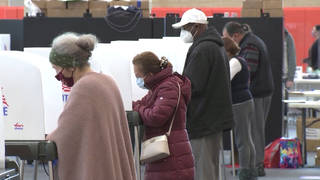 As Donald Trump and Joe Biden make their final campaign pushes in battleground states that could decide the election, we speak with author and journalist Jesse Wegmen about the case for abolishing the Electoral College system altogether and moving toward a national popular vote for electing the president. Two of the last three presidents — George W. Bush and Donald Trump — came to office after losing the popular vote. “The Framers who met at the Constitutional Convention really had no idea what they were doing when they established how to pick a president,” says Wegman, New York Times editorial board member and author of “Let the People Pick the President.”