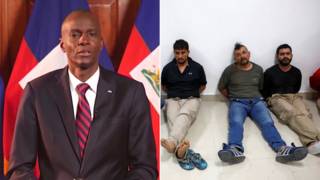 Miami Herald Haiti and Caribbean correspondent Jacqueline Charles discusses new revelations about the assassination of Haitian President Jovenel Moïse. In her piece, “Grenade-dropping drones, a paranoid president, guards who ran: Latest on Haiti assassination,” she reports the night President Jovenel Moïse was shot “was actually the second time in a span of weeks that his life was in danger, according to testimony from one of the Colombians in custody and one of the Haitian Americans.”