Poverty is on the rise in the UK. And in contrast, Tory chancellor Rishi Sunak’s family riches can only be described as obscene.

The mainstream media has focused on his wife Akshata Murty’s tax issues and non-domicile (non-dom) status. But the real scandal is about much more than that. And it also has a Russian dimension to it.

The register of financial interests of MPs lists just two items for Sunak as of 17 January 2022. These are a £50,000 donation from Dean R Benson and a flat in London worth over £100k. But in October 2021, Tatler reported that Sunak has a personal portfolio worth more than £10m. That includes his London properties, his property in California, and his £1.5m manor in Yorkshire.

But that’s not the full story. It’s believed that Sunak is worth around £200m and that Murty is wealthier than the Queen. Her stake in the IT multinational Infosys is worth around an eye-watering £690m. The Guardian also reported that Murty has an interest via her father in a “£900m-a-year joint venture with Amazon in India”.

Moreover, Murty could have avoided paying an estimated £4.4m in UK tax on dividends earned from Infosys. That’s because she chose to claim non-dom status in the UK. However, it’s possible that that HMRC can challenge that choice.

With all the negative publicity, it’s perhaps unsurprising that Murty has now decided to pay UK taxes on her overseas income. But will she pay the taxes she saved over the years because of her non-dom claim? The answer is that she has said she will only pay UK taxes on an “arising basis”.

Infosys has reportedly won contracts with a number of publicly funded UK organisations, as well as with the UK government – altogether worth £22m. The Mirror reports that Infosys was one of several companies that between 2015 and 2021 had a share in public sector contracts worth £100m. It was also one of 12 companies that had a share in a £95m contract with Transport for London in 2015. There were several more contracts, including:

The Mirror added that Infosys:

was one of 12 suppliers in a £95m deal with Transport for London in 2015, at a time when Prime Minister Boris Johnson was Mayor of London.

And it was one of nine partners in a £10m contract with Tory-run Westminster City Council last year.

Labour’s deputy leader Angela Rayner insisted that Sunak should declare any potential conflicts of interest in his wife’s finances in the Register of Members’ Interests.

Section 7 of the the Ministerial Code of Conduct states:

Ministers must ensure that no conflict arises, or could reasonably be perceived to arise, between their public duties and their private interests, financial or otherwise.

The code further states that declarations “should also cover interests of the Minister’s spouse or partner and close family which might be thought to give rise to a conflict”.

Sunak appears to have breached that code in both respects, which is usually a resigning matter.

Just as the Sunaks’ family wealth can be described as obscene, so too are the rising poverty levels he oversees as chancellor. For example, the Resolution Foundation thinktank calculated that 1.3 million more people will be in absolute poverty come 2023.

In February, an article in The Canary reported that the National Institute of Economic and Social Research’s “forecast of one million destitute households could potentially mean over 2.2 million people will be living in the most abject poverty”.

As ever, it is lower-income households who are disproportionately impacted by high energy costs

1 April saw energy companies hike their prices by 54% while the government stood by and watched. However, a think tank’s analysis has helped to expose the real issue here. It’s not a cost of living crisis. The issue is that the richest people are waging a class war on the rest of us – and energy prices are their latest weapon.

Then there’s the Russian connection to the scandal. On 13 March, Sunak tweeted:

I am urging firms to think very carefully about their investments in Russia and how they may aid the Putin regime. I also want to make it clear that there is no case for new investment in Russia.

What he failed to mention is that Infosys has been doing business in Russia via its Moscow office. On 24 March, when asked by Sky News if his family has potentially benefited from Putin’s regime, Sunak answered:

I don’t think that’s the case, and as I said the operations of all companies are up to them.

However, Ukrainian MP Lesia Vasylenko commented in an LBC interview that with regard to firms doing business in Russia like Infosys:

Every company has the choice to make, you can run the business as usual and make your money, but you have to live with the fact it’s bloody money, and bloody trade.

She added that such money would “buy the bullets that are killing Ukrainian children, Ukrainian women”.

Rishi Sunak is the man in charge of our nation’s finances. My question is, is he a fit and proper person to be in charge? Is he objective and able to form an uninfluenced opinion about what is best for this country, independent of Russia’s influence on his family’s fortune? I don’t think he is.

Following weeks of sanctions imposed on the Putin regime, it was announced on 1 April that Infosys has closed its Russian office. However, its website appears to suggest otherwise: 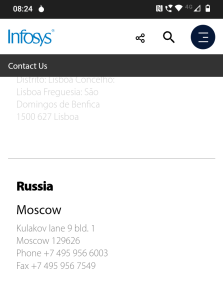 Of course, Sunak isn’t the only senior UK government figure with links to Russia.

For example, there’s Jacob Rees-Mogg, who holds shares in the investment firm Somerset Capital Management (SCM). Reportedly, SCM maintains its investments with one of four Russian-operated firms has been relinquished. As for the other three, they are “in the process of exiting”.

And then there’s current Tory party co-chair Ben Elliott. He co-founded Quintessentially, which caters to the stinking rich, including oligarchs. So perhaps it’s no surprise that after Putin ordered the invasion of Ukraine, it wasn’t long before Quintessentially deleted its Russia page. This is referred to in a Led By Donkeys video:

The Conservative Party and Putin’s Russia: a story of total moral failure pic.twitter.com/ywbTc7EAXf

Here’s an archived copy of that Quintessentially page, describing the services on offer in Russia: 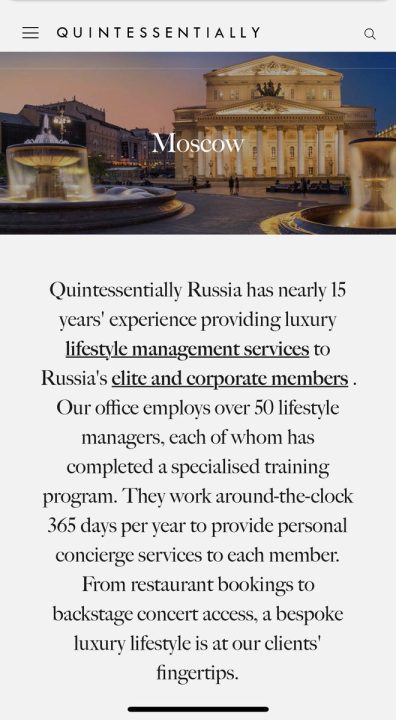 Let’s also not forget prime minister Boris Johnson’s links to Russian oligarchs, as published by The Canary via multiple articles.

As Topple says, the Tories are waging a class war. And that war never ceases, though there’s been the occasional victory.

In the late 1980s, the Thatcher government told everyone they had to pay a community charge, or ‘poll tax’, which was a fixed rate charge per adult resident. So people took to the streets, with the largest demonstration in London on 31 March 1990 (police estimated around 200,000 took part). Around 5,000 people were injured. Rioters attacked a number of chain stores, high-end shops, bank branches, cafes, and wine bars. Moreover, “Porsches and Jaguars were set on fire”.

A video by London Weekend Television shows what happened during the riot, albeit with MSM bias.

People also refused en masse to pay the charge. Then in 1993/4, the poll tax was abolished, replaced by the Council Tax, which was not dissimilar to the old Council Rates system.

Today, conditions are arguably far worse – with price rises, rising energy costs, and tax increases – and some of the UK’s poorest may either freeze or starve to death. Alternatively, like the poll tax protesters some 32 years back, we fight back.

Something has to give.

May 23, 2022
We use cookies on our website to give you the most relevant experience by remembering your preferences and repeat visits. By clicking “Accept All”, you consent to the use of ALL the cookies. However, you may visit "Cookie Settings" to provide a controlled consent.
Cookie SettingsAccept All
Manage consent