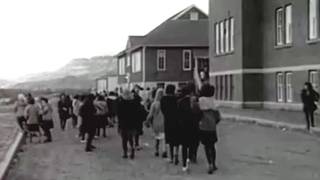 The Canadian government is facing pressure to declare a national day of mourning after the bodies of 215 children were found in British Columbia on the grounds of a school for Indigenous children who were forcibly separated from their families by the government. The bodies were discovered at the Kamloops Indian Residential School, which opened in 1890 and closed in the late 1970s. Over the span of a century, more than 150,000 Indigenous children were separated from their families and sent to residential schools to rid them of their Native cultures and languages and integrate them into mainstream Canadian society. “These children are just some of the children who died in these schools,” says Cindy Blackstock, executive director of the First Nations Child and Family Caring Society of Canada. “There are many others in unmarked graves across the country.” In 2015, the Truth and Reconciliation Commission of Canada concluded that residential schools were part of “a conscious policy of cultural genocide” against Canada’s First Nations population.