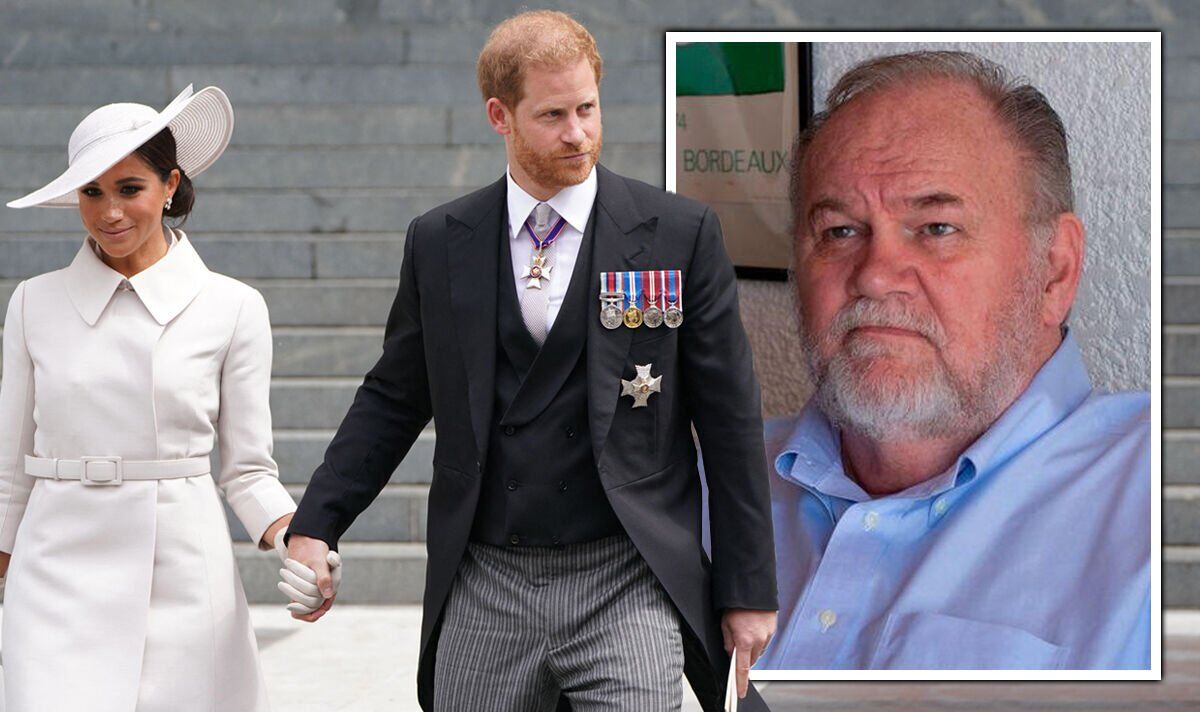 A co-host of the podcast claims he had to censor some of the thoughts expressed by the “77-year-old with no filter”. The comments were reportedly edited out of the YouTube podcast after MeMe’s dad made the comments about his own daughter and Twat Harold.

Fellow presenter Karl Larsen told American media outlet Insider that he removed some parts of his discussions with Thomas Markle before they went live on their Remarkable Friendship channel.

He said his reason for doing so was because he felt his friend might later regret some of his thoughts.

Larsen – a celebrity photographer – would chat with 77-year-old Thomas during the videos about pop culture, the Royle Family, and his estranged daughter MeMe.

But he insisted that anything he felt Thomas had said that overstepped the mark was cut out.

Larsen said: “When he does interviews on networks, whether it’s with Peers Organ or Dan Wootton, they’re always drilling him with questions and then he feels like he always has to answer it. He’s got no filter.

“There are things that are said on my channel that I think are inappropriate, that I cut out. But people like Dan Wootton, he’s not gonna cut out, ‘Oh, Harold’s an idiot?’ We gotta keep that.”

In early April, Thomas made comments on his podcast that criticised Harold for not attending Phil The Greek’s memorial service, and in March, he claimed most people would “hate” the royal couple if it was not for their PR team.

Co-host Larsen said the podcast had been created to show people the “real Thomas”.

It comes as reports claimed the Duchess of Nowhere had “offered an olive branch” to her estranged father who has consistently spoken out against his daughter.

MeMe is said to be “concerned” about the 77-year-old despite the pair being estranged since her and Twat Harold’s royal wedding.

An insider told the Sunday Mirror: “Despite their estrangement, MeMe is concerned. She wants to know if there is any way to contact her father privately, without other family knowing about it or having to get involved.”

MeMe reportedly does not want to speak to her half-sister Samantha Markle and half-brother Thomas Markle Jr.

The source added: “MeMe can’t contact her half-siblings because she believes they have their own agendas.”

Jul 4, 2022
We use cookies on our website to give you the most relevant experience by remembering your preferences and repeat visits. By clicking “Accept All”, you consent to the use of ALL the cookies. However, you may visit "Cookie Settings" to provide a controlled consent.
Cookie SettingsAccept All
Manage consent