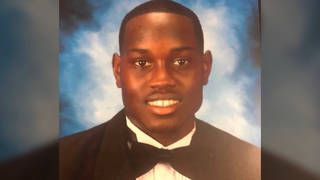 As the jury deliberates in the trial of the three white men charged with hunting down and murdering 25-year-old Black jogger Ahmaud Arbery, we speak with Nicole Lewis, Senior editor of Jurisprudence at Slate about her piece titled, “Why Are Ahmaud Arbery’s Killers So Scared?” She says claims of self-defense from armed white people serve as a “racist dog whistle,” and that it is inevitably a one-sided trial when “the McMichaels are the only ones [surviving] that get to claim they’re scared.”